The Story As It Is Told 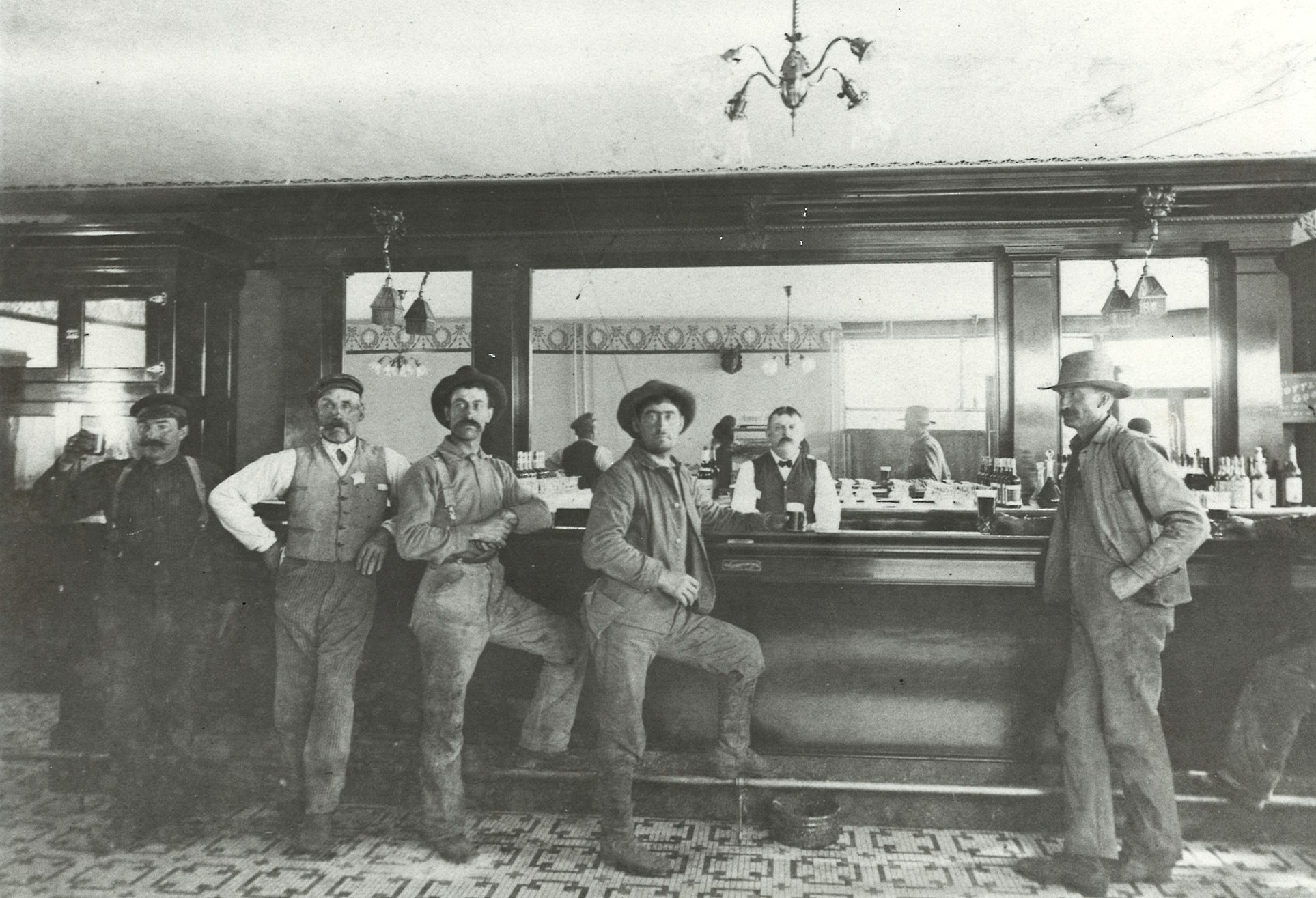 Opened in 1908 as Rulhausen’s Tavern, she was the hub of the town poised at the corner of Center and Main. Schoenhofen beer, a Pilsner brewed in Chicago, was drawn from wooden barrels. The 35-foot oak back bar was handmade by a regional craftsman, resulting in a unique departure from the common Brunswick style back bars of the period. Most often, those back bars were bestowed by the breweries if their beer was sold exclusively.

The Specter of the Chicago Cowboy

The Rulhausens lived in the rear of the establishment and rented out the rooms above. One annual visitor, a Chicagoan so it’s said, would don a Stetson western hat during his summer stays. Each year he would add to the fine mural he was painting on the wall, left of the bar. He completed it on his last visit shortly before his death in 1913. Several managers over the years have reported sensing a shadowy figure (in a cowboy hat) gazing upon that same wall. These occurrences happened late in the evening at lock-up time, long after patrons had left. One manager even quit.

The area had been settled by hearty German dairy farmers that had migrated from Burlington, Vermont in the 1800s. And like all good Germans, they considered some good stout beer the best part of any day’s routine. Each morning the saloon would open at 5:30 am to greet the dairymen bringing their milk to the Illinois Central depot, a block down Main Street. After dropping off their goods, the wagons and teams were hitched to the rails lining both streets and these hard-working gents would make a call on the tavern. Spittoons lined the brass rail on the floor and tobacco smoke of various sorts filled the air. Cards and local gossip hastened the passing of each day. The gaslights were dimmed at 8:00 pm allowing ample time for chores and a bit of rest before the cycle would begin again the next daybreak. Fist fights were not uncommon and there was even a stabbing once. A door was used to carry the victim to the new doctor in town who saved his life. For a long time, women and children walked on the other side of the street.

The Great Dairy Strike of 1916

The tavern was also the meeting place during the near violent dairy strike of 1916 (pictures in bar area). The strike was held to secure better prices for the desperate dairymen from the processors that had moved into the area. The fire that destroyed the Borden’s creamery in town shortly after the strike was “the work of divinity” (or a divine match) according to the town folk.

Tough times have never closed the doors; World War I came and went, then the Great Depression. The small dairy farm and local economy were devastated. The hard times justified frequent visits to the tavern – business was good. Even Prohibition couldn’t stop the trade. For liquor two local boys would drive to Cicero, Illinois and park their car, money spread on the back seat under a blanket. Upon returning from a brief stroll they would find whiskey and gin in its place. The turret on the front of the building was a curse to paint, but made an excellent lookout for the unwanted lawmen. This was the place for a “sip” from Elgin to Rockford. A tunnel through the cellar wall allowed for “beverage service” to the dance hall nearby. In 1932 there was the bank robbery and shoot out across the street. Master Detective Magazine did the story and drew countless thirsty people to town. In 1941 World War II began. On V-E Day, the piano was rolled into the street to celebrate America’s victory. Beer, hard spirits and song flowed; what a day!

Since then, much time and so much more history has passed. Ben and May owned the place in the 40’s and Art and Alma Stark in the 70’s. Finally the Kupp family fell in love with it in 1987 and has owned it ever since. We hope you enjoy our friendly staff, find comfort in our timeless setting and delight in our food.

We all look forward to the next 100 years